We use cookies on our website to give you the most relevant experience by remembering your preferences and repeat visits. By clicking “Accept”, you consent to the use of ALL the cookies..

During the 1930,s Allan Jefferies had become one of the country’s most outstanding competitors in Open Trials. His successes prompted the Yorkshire Centre to honour him with a trophy. In August 1939, a fund started by the Yorkshire Centre to purchase a suitable cup, with Norman Dixon as secretary/treasurer. Norman set the donations at 5/- (25p) for Clubs and 1/- (5p) for individuals. The fund was to have closed on the 30th. September, but the outbreak of World War II caused a postponement.
The subscription fund was re-opened in 1946 when a Silver Rose Bowl was purchased. 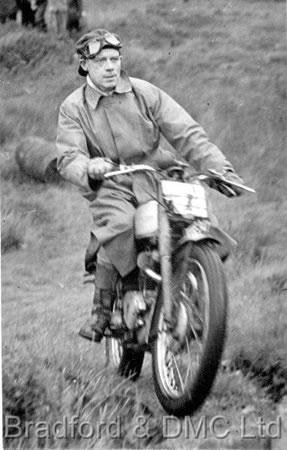 Inscription
“To commemorate the many successes of a Yorkshire Motor Cyclist including the British Experts Trial 1938, the Scottish Six Day Trial 1939, and International Six Day trial 1934 to 39. 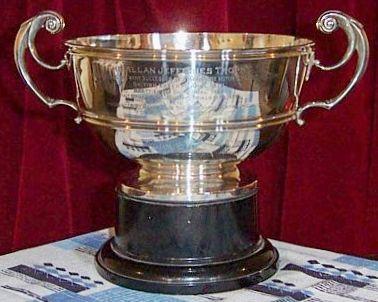 The Bradford Club undertook to organise an Open (National) Trial. At that time, only one Open Trial took place in Yorkshire, the SCOTT. During the twenties, Yorkshire’s other Open Trial had been the Leeds Trial sponsored by the Yorkshire Evening News. In the thirties, the Rotherham Club had promoted the Lister Trophy Trial. Both events had been unable to continue. 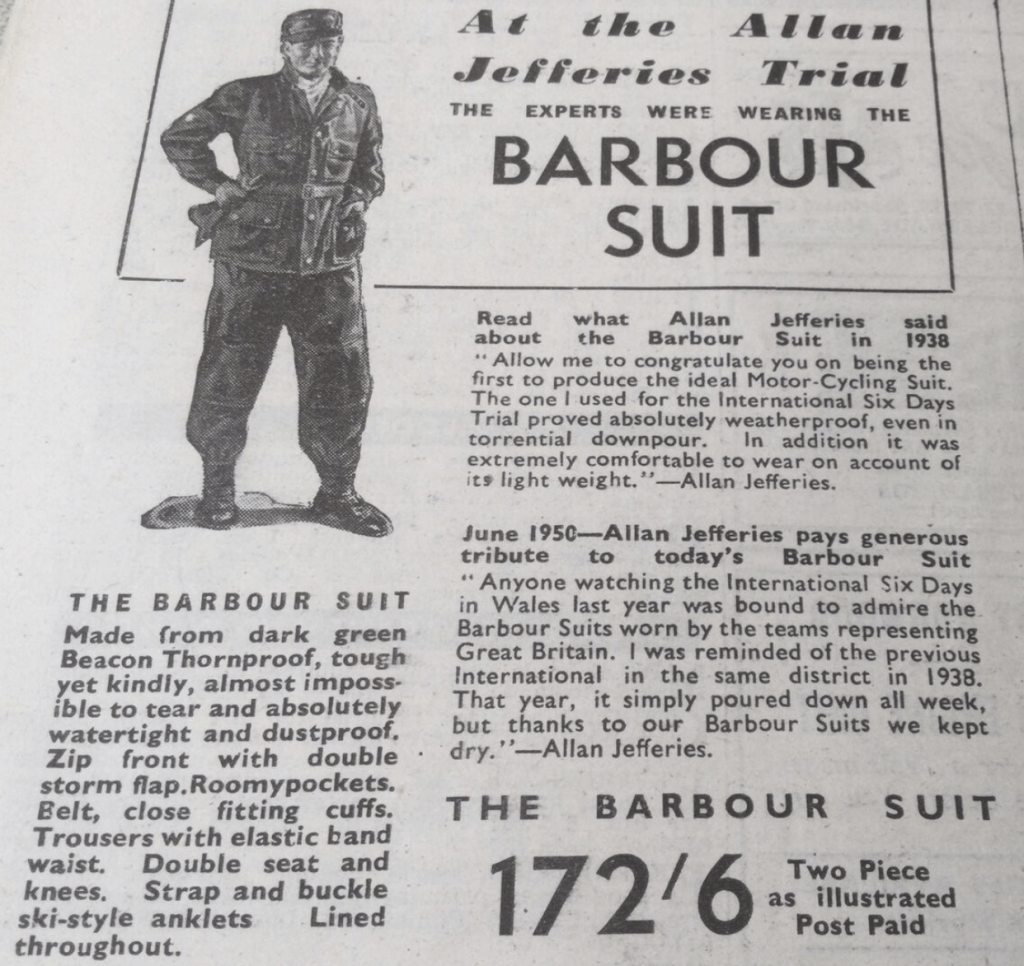 Despite problems due to petrol rationing, the first Allan Jefferies Trophy Trial was held in 1947. The start was Long Ashes Thresfield. It took in 12 groups of sections including Rock Garden, Moor End, Countersett Craig, Buckden, Horsehead Pass, Fountains Fell and Thresfield. Clerk of the Course was Jack Cooper, who had the position for the next five years. Secretary was Jack Whitaker.
The trial was won by Tommy Wortley, a Stanningley cycle dealer, on a factory AJS. Runner up was Allan, riding a 350 Triumph Twin. 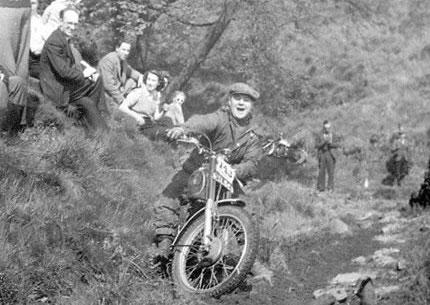 In 1949 the Trial moved back to Upper Wharfedale, the start again being at Long Ashes near Thresfield. The event continued to start from there for the next 11 years. In those early years, the hill at Moor End was considered the most difficult. This hazard was first used in 1921 for trials. It was still in use until 1995 when changes in the course made it impractical to include in the trial. 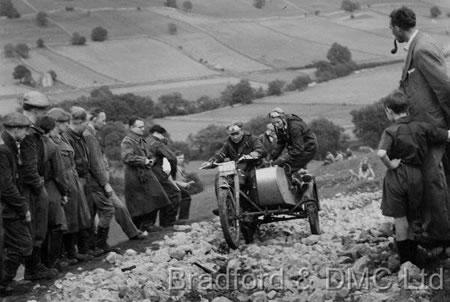 1956 saw a complete change in the format of the trial. The trial was run on the International Six Days Trial lines to provide practice for the country’s riders and manufacturers at this style of event. Unfortunately, interference with marking and a cloudburst that flooded a moorland river crossing resulted in controversial results.
Due to a foot and mouth epidemic in 1957, the Club had to cancel the trial.  It had reverted to the traditional lines.
In 1958 the trials Clerk of Course, was L.A.Ratcliffe with the secretary being W.N.Eaves. The trial started at Long Ashes Thresfield. The sections were Rock Garden (4), Girdle Beck (2) Halton Gill (2) Horsehead Pass (2), Raisgill, Yokenthwaite, Park Rash, Moorend, Fosse Beck and returned to Thresfield to finish and tea.

Want to see some more early videos of The Allan Jefferies Trial in the ’50s? You can purchase a DVD from here

In 1961, the sidecar class was reintroduced. The F.L Ellis Trophy was reallocated to be awarded to the winner of this class. The sidecar Class continued until 1993. The last winner was Robin Luscombe with Wayne Kershaw as his passenger.

The following year, the Capacity Classes Trophies were reallocated to the top five places. William Briggs replaces the FL Ellis Trophy for 2nd overall. The Huddersfield Trophy for 3rd place. The Ilkley Trophy for 4th place. The Vagabonds Trophy was awarded to the rider finishing in 5th place 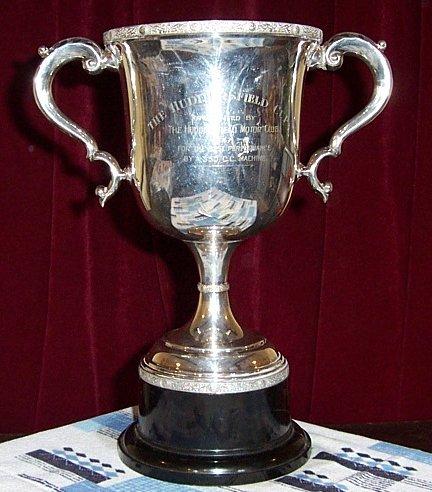 In 1962 the Class awards were redistributed. The Huddersfield Trophy was for 3rd position in the Allan Jefferies Trial

In 1962 the Class awards were redistributed. The Ilkley Trophy was for 4th position in the Allan Jefferies Trial 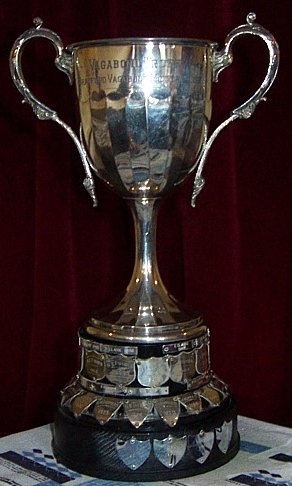 In 1962 the Class awards were redistributed. The Vagabonds Cup was for 5th position in the Allan jefferies Trial

During its time at Skirfare Bridge Nick Jefferies took over as Clerk of Course from Alec Rumbold. He was CoC from approximately  1982 to 1988. He was assisted by Steve Fairbrother. Steve took over the duties from 1989 to 1993. During his time Stuart Feeney and Colin Bilney were the Clerks of Course for the sidecar route. After Steve, Tony Butterfield became the CoC for about 3/4 years.

Copy of The 1986 Allan Jefferies Programme. The Trial was Round 5 of The British Solo Championship. It attracted 111 solos(all riding the same course) and 23 sidecar crews. (Riding a separate course)

1998 saw the trial become a round of The ACU British Sidecar Championship. Copy of the programme in PDF below

In 1996 the start and finish moved to the head of Littondale, Halton Gill. The residents of Halton Gill made the club welcome and made available The Reading Rooms as our HQ for the trial. The local Women’s Institute provided catering with hot and cold snacks, homemade cakes and other refreshments for competitors, officials and spectators. In the early years of the trial, the entry fee did include a ham and egg tea at the finish.
The money raised from the Halton Gill initiative went towards the upkeep of their Reading Rooms. The Club has also contributed to many local causes, including Arncliffe Primary School, Littondale and Buckden’s Children’s Christmas Fund to name a few.
Tony continued as Clerk of Course for a couple more years assisted by Brian Lancaster and Richard Taylor. When Tony retired about 2000, Brian took over and continued for about 4 years when the duties were handed over to Stuart Cameron. In 2013 Barry Fairbrother took over from Stuart. He was assisted by Dave Wilson. All the,e CoC’s had plenty of help from Club members in plotting the sections.

Whilst Bryan Lancaster was Clerk of Course he came across the legendary bog monster up in the hills above Yokentwaite. Below is his tale.

When the start moved to Halton Gill, the course had to be shortened a little as the Club made the decision not to transport fuel around the Dales. A couple of groups were dropped due to the distance. These included Chapel Moor, Stake, Cam Head and Kidstones. New sections were found at Wilks and on the Hebden track.


Due to another Foot and Mouth outbreak in 2001, the trial was again cancelled. Luckily no farmers on the course got the disease. On one occasion during this time, Club members went into Littondale to assist one of the farmers in bringing down his sheep from the fells.

Severe weather two days before the trial, the trial was again cancelled in 2012.

In 2014 Dave Wilson and Steve Fairbrother spent many weekends contacting farmers to see if the Club could use parts of their land for new sections. They obtained new land in Langstrothdale. These new sections were used in the 2014 trial. The press release issued prior to the trial detailed the changes and the course.

In 2017 Steve and Dave again spent weekends up in the Dales looking for more new sections. Due to lack of support from both competitors (Not enough) and Club Members, It was decided by the new Clerk of Course, Martin Jackson and the Club to cancel the trial 3 weeks before the actual date.

The Jefferies will always be a trial to be proud of and given a chance we think riders will come back and ride it in the future. Watch this space

Welcome to the world of Trials Guru! – “It’s All About Motorcycle Trials” – sums it up nicely – ‘Trials Guru’ is not a person, it is a place on the internet for you to read the history, articles, news, facts and information from the sport of motorcycle trials world-wide … we believe in Quality, not Quantity.